The mission of Mangusa is to always be the first choice for customers when choosing which supermarket they want to go to and also to maintain customer retention. Mangusa therefore offers a pleasant shopping atmosphere, fresh products, varieties of products, affordable prices, and good customer service. Just like the slogan of Mangusa says: “top quality at the best price.” Mangusa’s vision is to be the number one supermarket on Curaçao, offering quality and service, where customers can save while shopping. The number one goal of Mangusa includes offering their clients the best quality products and service that their clients like and are looking for.

Mangusa is a family business consisted of five siblings. With time, three grandchildren finished their studies and started working in the stores. The younger grandchildren come in to help out on the weekends. The first generation of family of Mangusa migrated from Madeira where they always worked on the land. In 1958, Francisco Gonçalves Sr. went to Curaçao to look for the opportunity to buy land and find work. His wife, Belmira, stayed behind in Madeira with their eldest son, Francisco Jr., the only child she had at the time. Six years later, Francisco Sr. returned to Madeira and in 1966, the three of them moved to Curaçao. When they returned, Francisco Sr. bought some land in Seru Grandi to plant and harvest to be able to bring the vegetables to the grocery store and market. When Francisco Jr. was nine years old, he helped his father while he was going to school. It was at this time that Francisco Sr. started to suffer with bronchitis. Since he was not very healthy, Francisco Jr. and Belmira worked together with him on the land to lighten his workload. When Francisco Jr. was 14 years old, the friar at the Dutch school he attended said he was eligible to continue his education for another four years. However, since his father was ill, it was decided that he would discontinue school and focus on working with the family business. 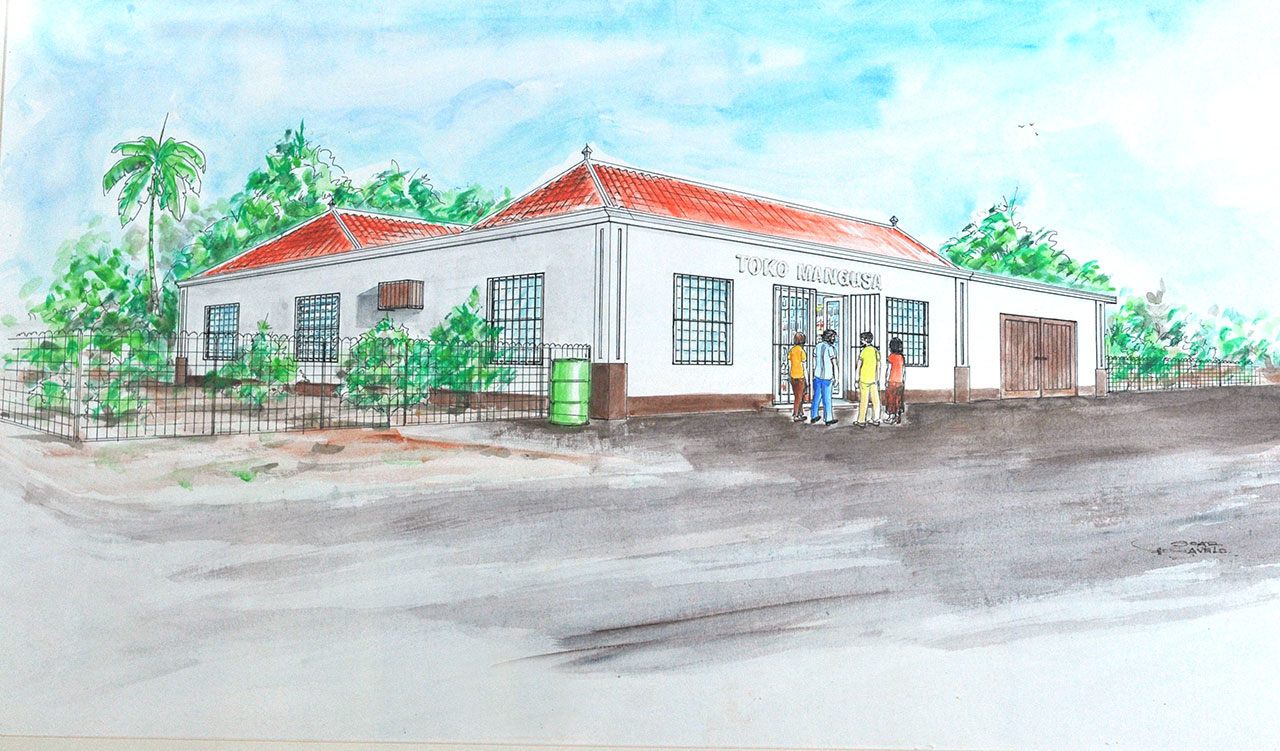 The first store was opened in 1973. It was a small toko near the Janwe church called Maria Teresa. Francisco Sr. supplied the store with produce from the land and supplemented the rest of what was needed with produce from the floating market. After a while, Francisco Jr. started looking for another location, but didn’t like many of the properties he saw. He finally found what he was looking for on Cascoraweg and in 1977, they opened Toko Mangusa there. Since they kept growing, they started building it up slowly. In 1984, they had their first expansion and Toko Mangusa became Mangusa Minimarket. Five years later, in 1989, they went even bigger and the store became Mangusa Supermarket. Later on, Francisco Jr. took a look at some other land and made an offer to the owners. On November 4, 1996, Mangusa Rio Canario was born. Customers kept asking them to get bigger, bigger and bigger! After this, they felt that they could not go bigger anymore! However, Francisco Jr. had other plans and on November 14, 2011, the Mangusa Hypermarket on Cascoraweg opened its doors.

“What kept us going during difficult times like these is hard work and our faith — we are Catholic. I always taught my children good morals, which I believe formed their base. A priest where I used to go to church a long time ago told me, don’t forget to go to church. We believe in God, so we accept everything that comes our way. We keep going and praying.” -Belmira Sousa de Lira

“When the business was smaller, the workers were family. The family knew that it took hard work to make a business successful. Nowadays, people seem to have forgotten what it’s like to work hard for what you earn. In the past, people struggled to get somewhere. We cannot forget that what you gain is what you put into something, in everything in life. People have to help themselves.” -Belmira Sousa de Lira